Click here to purchase the Mighty Blue Digital Edition for only $2.99! 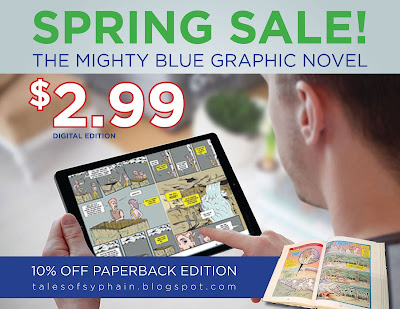 Posted by Dallas Busha at 5:39 AM No comments:

Hey everyone, Dallas here! It’s been a while since I’ve posted. Hope everyone is doing well!

2018 marks the TENTH ANNIVERSARY RELEASE OF THE CIRCLE THEORY, the first book in the Tales of Syphain series! Thank you to EVERYONE for their support on the little book that could!

And just a friendly reminder…. Half Circle: A Collection of Art and Notes on the Circle Theory is available as a FREE DOWNLOAD on this very webpage! (click on the image to the right)

The Circle Theory and The Mighty Blue are both available as digital downloads AND paperback editions. Just click on the book of your choice on the sidebar to the right!

My new webcomic Mighty Blue Adventures is in its planning stages (you can see some preliminary art below) and you can expect that to begin in 2019.

As always, please leave a message if you have any questions about the purchase of the books, and I'd LOVE to hear any feedback, including what you would like to see in the forthcoming webcomic! 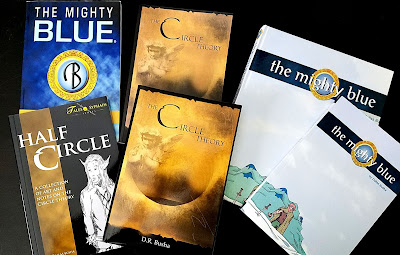 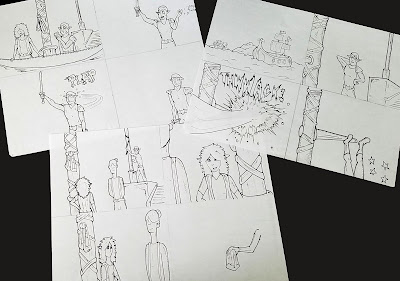 Posted by Dallas Busha at 8:45 AM No comments:

The Holidays Are Here! 10% OFF Paperback Books! 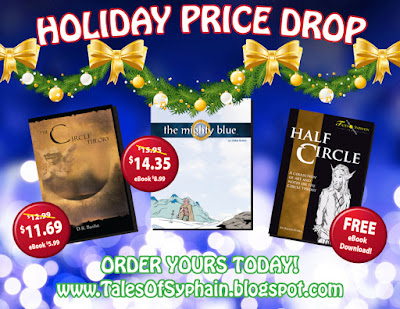 Posted by Dallas Busha at 1:44 PM No comments: 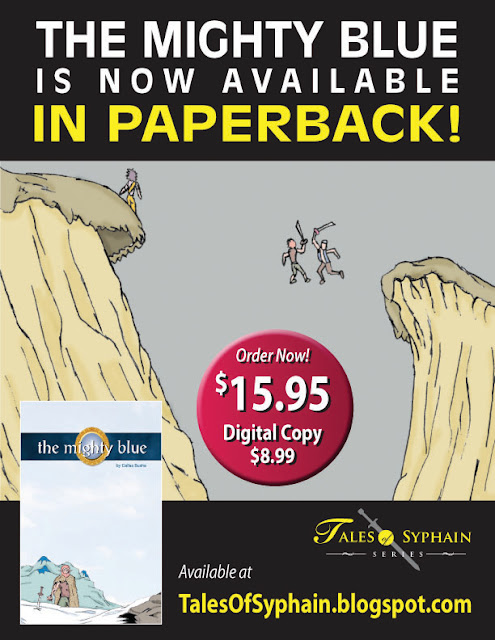 Posted by Dallas Busha at 9:50 AM No comments:

The new book "Half Circle: A Collection of Art and Notes on the Circle Theory" is available as a free download!

CLICK HERE to read the latest Tales of Syphain release! 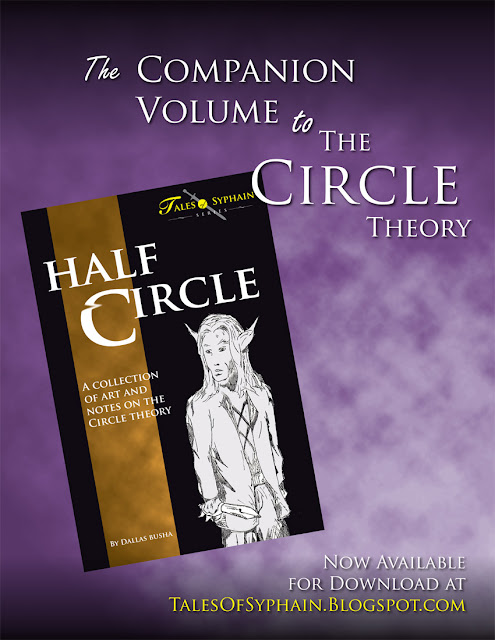 Posted by Dallas Busha at 10:38 AM No comments:

The Mighty Blue eBook is Now Available For Purchase! 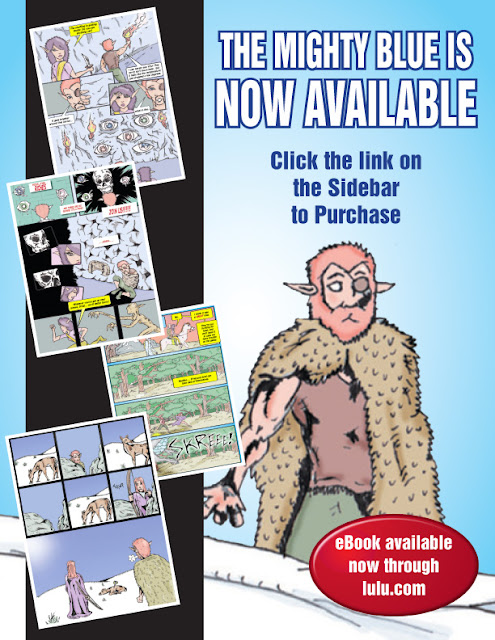 Posted by Dallas Busha at 11:32 AM No comments:

A Brief History of Syphain, Part 3 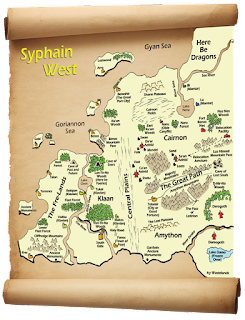 Not everyone arriving from the north was good-natured, however. Not very long after Benethir was established, it was ransacked by a group of pirates led by a man called Morgwat. He took over the port town and reigned - in terror - for many years. He had complete control of the trade routes and, working with the Aelnid, began taxing all of the port towns and their goods. This shut down many of the port towns. Eventually, Morgwat was murdered by his own mates and the town was given back to the public. Ever since then, Benethir has held an annual festival in honor of their freedom, called the Festival of Change, which also signifies the Autumnal Equinox, which is a very productive season for Benethir.

Many treasure hunters and entrepreneurs gather at Benethir. It is a place of gossip and dealings, and a large portion of this takes place in the Tan Squall Pub, the only pub in town. It’s a famous, multi-floored establishment run by Bender, whose family has owned it for generations. Mauntu came here from the northlands at a very young age. D’nel and his childhood friends Brak and Haram grew up here. Kirana moved here when she was quite young.

Far to the south, things were changing. In years past, the settlement of Fanos had been inhabited by elves. The elves, however, had been wiped out by a nomadic tribe from the southlands. This tribe practiced sorcery and worshipped a Nephilim called Argog. Legends speak of the Nephilim as holy creatures that descended down into the world before Aelnid and elves existed. They created many wonderful things - they shaped mountains, dug ravines and filled the sky with clouds. They also created many beautiful trinkets and treasures. Many of these treasures are said to be hidden across the world and contain magical powers. There are many groups that worship the Nephilim, but only one that worshipped the rogue Nephilim Argog, the “Serpent God”.

Supposedly, Argog had enchanted a group of men in the early years of the world and protected them by giving them magical powers. Their job was to guard Argog’s treasures. The descendants of these people were the nomads that invaded Fanos.

So it was, around the time this band of Argog-worshipping nomads had taken
over the village of Fanos, there was a group of Aelnid men that ventured off to the
south in the hopes of starting a new colony. This group consisted of Aelnid military
heroes and had the blessings of the Aelnid royalty. They traveled south until
coming across the town of Fanos.

Once the Aelnid pioneers arrived, they were brutally murdered by the nomads. The nomads sent back the decapitated heads of the pioneers to the castle Da’ar. The Aelnid were furious. After a while, when it seemed like those in charge were doing nothing in response to this outrageous act, there was an uproar and a small rebellion. The people wanted justice, and were questioning their leaders.

The head of this rebellion was General Heridius. The uprising didn’t last, and the rebels were banished to the far east of the Cairnon Fields. Here, the rebels set up their own town, and called it Fort Benos Nos. This was named in mockery of the elven town Benos, who had been at war with the Aelnid empire years earlier. General Heridius was named leader of Fort Benos Nos. Over a short period, he built his own army. In a surprise move, Fort Benos Nos ransacked the Da’ar Aelnid castle, and General Heridius usurped the crown and became the supreme king of the Aelnid Empire. He was a mighty and renowned king who reigned for many long years. When he died, the lineage he had begun continued with his son, Galius. Galius bore two children - a son called Sasha, and a daughter called Nessa. The children were from different mothers - Galius had a secret affair with an elven woman, and Nessa was the product of their love. This was not known to the public, however. An affair such as this would have been enough for Galius to be ran from his house and executed.
Posted by Dallas Busha at 1:53 PM No comments:

Welcome to the land of Syphain!

A world of fantasy, of endless possibilities. Syphain is the backdrop for a series of stories by Dallas Busha, including The Circle Theory and The Mighty Blue.


Embark with us on grand adventures! Click on the links below to see a map of the land of Syphain and read about its rich history, valiant heroes and cruel villains.

Each of the books in this series is available for purchase. Scroll down to read more about each book and click the links to go to the online store. 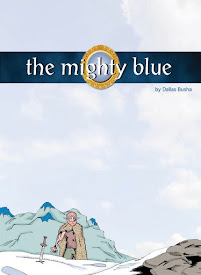 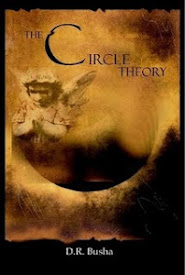 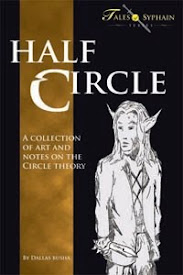 FREE DOWNLOAD!!!! A Collection of art and notes on the Circle Theory 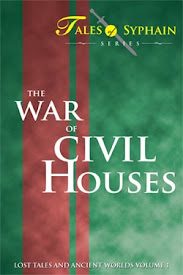 The forthcoming book chronicling the fall of Damogoth and Derogoth 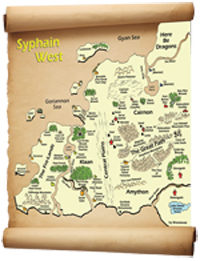 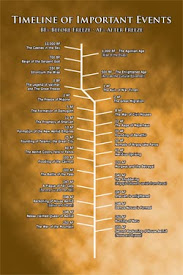 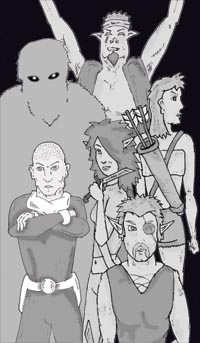 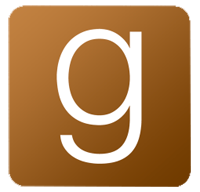 Read reviews and purchase books from the "Tales of Syphain" series 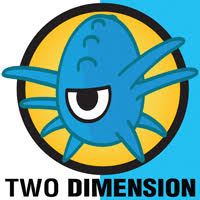 I'm lucky to be part of a wonderful comic book podcast that covers various aspects such as the history of the medium, art, design and layout technique, our favorite runs, new releases and classic comic reviews and much more! 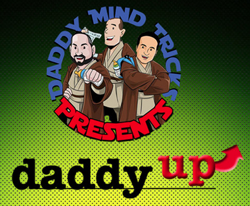 A comic strip by Dallas Busha about being a new father and the shenanigans that occur. 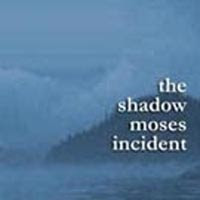 One of my many musical projects 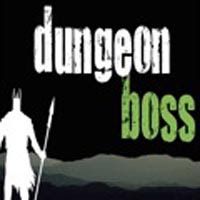 Another of my musical projects